Profit Should be the Least of Your Concerns

In a world seemingly driven by reason, there is actually no room for logical arguments. It seems counterintuitive, but rationality rarely controls decisions. If it did, you’d never have another unhealthy meal, and every day would be planned with ultimate efficiency. But we enjoy more than the occasional bag of chips and rarely complete morning routines perfectly. 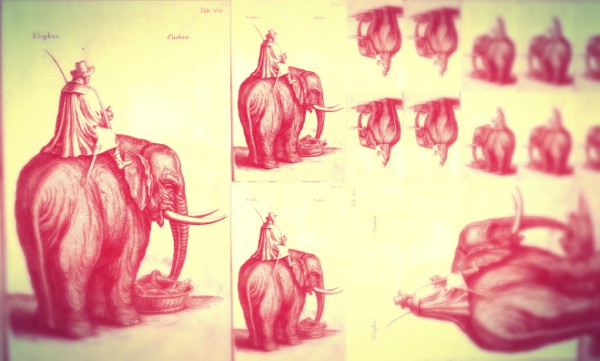 Rational decision making isn’t making decisions, actually our emotions and behavior are. Not only do emotion and behavior have a more powerful role in our lives, society glorifies the irrational. Imagine how anti-climactic a spy movie would be if an economic decision was made instead of chasing the villain. No big explosions, no cars drifting through Bruges, no daring jump from a collapsing building. Instead just cutting the power to their mansion so their computer doesn’t work. Easy, efficient, and uneventful. Really though, it’s absurd for a secret agent to tell you their full name upon first meeting.

Emotion and behavior have a more powerful role in our lives,
society glorifies the irrational
TWEET THIS

However, the idea of rationality is championed. The reason being a trend to be awed by the difficult to comprehend. Tricky subjects seem profound because we don’t relate to them easily. I’m fully impressed with quantum mechanics and still cannot explain the basic principles of it. The extraordinary is incomprehensible simply because it does not align with our behavior or daily life.

Take Big Data. This wonderful phenomenon that describes data sets too large for normal processing to occur. It’s been described as a way to peer into the mere thoughts of all of us. But have you ever gotten a fuzzy feeling from a graph with thousands of data points? Have you felt like you could have a nice chat with a bubble graph?

That is because this overly analytical representation is entirely unrelatable to our personalities. Sure a scientist could attempt to make sense of some data, but that does not mean anyone will update their profile to include their likeness with plot point 2556, 89. I cannot stand cilantro, and that’s understandable (to most). Yet I describe it that way. If, instead, I described it with data and told the chef of my genetic variation of rs72921001, they’d likely not change anything.

Rationality, data, numbers, these do not sway our minds as much as people think. Logically speaking, why aren’t all politicians experts and scientists? How do people rationalize a flat Earth? No amount of statistics influence decisions. It takes personality to share ideas. If rationality was that central to decision making, we would certainly have a different world.

Human behavior and emotions are the true decision makers. Therefore, to relate to a person you need to communicate like a person. Insightful? No, but nonetheless true. Communicating your career or company should assume this relationship at all opportunities. Whether in product description or corporate citizenship, the human aspect of communication is what holds the relationship together. If your goal is to solve a problem in the world, people will listen. Making a profit from that venture ? while understood ? should remain the result of your venture, not your stated goal.