In my last post, I mentioned how profit should be the result of your actions, not the goal. When profit becomes your goal and reason for business, you lose the human element of your communications. That is because people determine things based on relatable connection; these come from emotions not rationality. When money and logic are the centerpiece, it is not convincing. To talk with you person, you need to talk like a person. 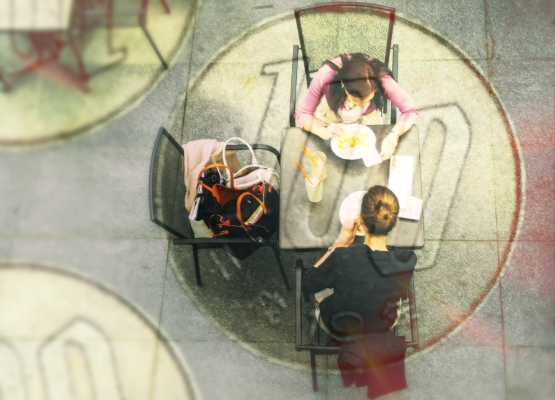 Of course businesses are attempting to make profit. Everyone knows this, so why do so many business still state it? Even non-profit organizations need to make money to continue operating. This is completely understood from the beginning of the interaction.

The reasons to stop stating this are many, but we will focus on one of the most visible here. Imagine if someone began a meeting with a new client by saying “Hi I’ll charging you for a service that I actually value less.” That’s a great way to never be invited back. The relationship only exists because there is an exchange of money. Profit becomes the sole reason for providing a service instead of wanting to provide value. And value is what everyone should be striving to create.

The reason for not starting off with money talk being there are two ways to increase profit. One way is increasing the price for the same product. The other is reducing cost to make a cheaper product but keeping the price point high. Neither reassures the purchaser.

Image a restaurant with a sign saying “we plan on making greater profits with each meal we serve.” You immediately imagine cheap food or deceitful price schemes that charge you more. You don’t think the chef is actually providing a fair trade.

“Whether it’s cakes, cameras, or cars, profit should not be THE reason for a company to exist”

For another example, imagine two car insurance companies. One states that it will take money from thousands of people because the chances of actually needing to pay for a scratched door are very low. The other tells a story of providing a family with comfort because the insurance company will be there to support them when it is needed. The difference in these companies is obvious, even though both of their business plans are identical. However, creating a mutual relationship established in support and value will always beat one completely dependent on money.

Yet countless business philosophies, missions, and goals are stated the exact same way as the profitable chef or the money collecting insurance salesperson. Business communication works no differently when trying to gain trust for a fair product. Whether it’s cakes, cameras, or cars, profit should not be THE reason for a company to exist ? or at least not communicated so.

Again, business means an attempt to trade valuable services for fair profit. It’s understood. But stating that profit is the goal only comes off as overtly greedy. It’s associated with a conniving salesperson wanting to overcharge for something with no enthusiasm. When business tries to solve real problems by providing real value for people’s lives, they are trusted for their services. When companies just want to make a profit, they aren’t. Why would you purposefully appear deceitful?